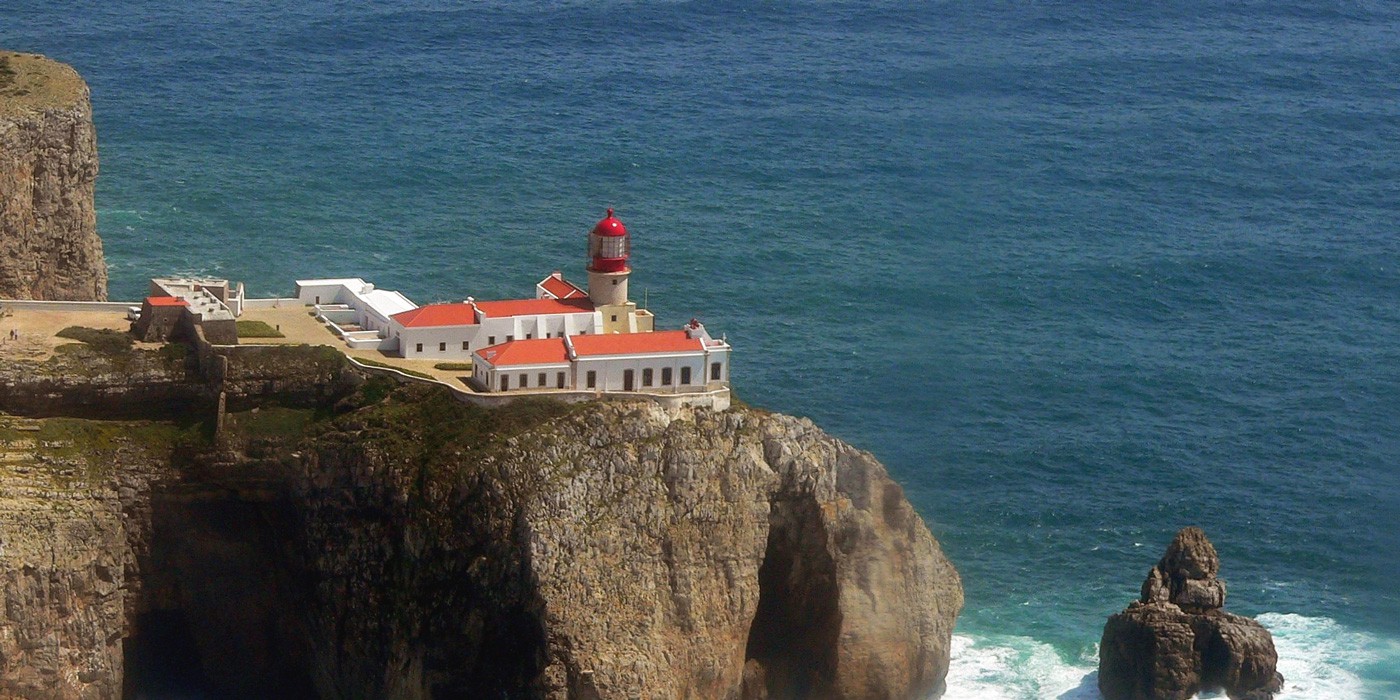 Cape St. Vincent - The Edge of the World

Five kilometers away from Sagres, lies Europe’s southwesternmost point: Cape St. Vincent (Cabo de São Vicente), the last piece of home Portuguese sailors once looked at as they launched away into the unknown. A2Z invites you to explore this mystique barren headland spot.

Imagine yourself in a remote, wild, windswept landscape, with cliffs making it a mandatory landmark to any ship traveling to the Mediterranean. Such is Cape St. Vincent. The cogged cliffs rise up to 60 meters from the brave seas. Way up above stands guarding the shipping lines one of Europe’s brightest lighthouses. Its beams of light can be seen 60 miles away.

The physical grandeur of Cape St. Vincent and the fact of being the most south-westerly point in mainland Europe, transformed this promontory into sacred ground. Ancient Greeks called it the “Land of Serpents”, the pugnacious Romans oddly preferred the meeker designation of Promontorium Sacrum (“Holy Promontory”) which would come to originate the name “Sagres”.

The Cape’s name derives from a Spanish priest martyred at the beginning of the 4th century. According to legend, his remains were brought or washed ashore on Promontorium Sacrum, the Sacred Cape, as it was known in ancient times.

For the citizens of Rome, Cape St. Vincent was the “Edge of the World”, a supernatural vortex where the setting sun was dramatically submerged by the immense, unknown ocean. The myth persisted throughout the Middle Ages until one man decided to end all that crazy nonsense and, in the process, put an end to the Age of Darkness: Prince Henry the Navigator, the father of Portugal’s Golden Age of Discovery.

Nowadays, the most brilliant spot at Cape St. Vincent is the Portuguese red St. Vincent Lighthouse, built on the site of a 16th-century Franciscan convent in 1846. The Lighthouse has been successively enlarged and modernized and now houses the Museu dos Faróis (Lighthouses’ Museum), showcasing Sagres' role in Portugal’s maritime history. Being one of the most powerful lighthouses in Europe and one of the world’s most hectic shipping lanes, Cape St. Vincent is one of our natural mandatory stoppages during A2Z Walking and Biking tours, besides being the starting and ending spot for some of our walking and biking tours in Algarve and Rota Vicentina. The Cape is also a major flight path for birds migrating to and from Africa, as well as the home of several hardy plant species only found there. A2Z gladly welcomes you to this wonderful experience. Sunsets by the sea are included.