Évora, a book of Portuguese art history in Alentejo

Évora is an inspiring city with a lot to offer. The Roman Temple of Diana, the Roman baths, the medieval walls, the Cathedral, the Graça Church and São Francisco Church, with its curious Chapel of Bones (Capela dos Ossos) are some of the places you can not miss.

The best way to see the city is on foot, walking through its narrow streets lined with white houses, discovering, along the way, the monuments and details that reveal the history of Évora and its rich heritage.

Judging by the calm, welcoming surroundings, one easily sees why this city, which dates from the Roman era, was chosen by the kings of Portugal in the 15th century to serve as their residence – a fact that contributed to its development and cultural importance in the following centuries. In fact, the reasons why UNESCO classified Évora as a World Heritage were the city's long history and its urban center – typical of the 16th, 17th and 18th centuries, it has been preserved to our days. At Praça do Giraldo, located in the heart of the city, you can visit the Church of Santo Antão and check the marble drinking fountain (Chafariz) with 8 spouts, representing the 8 streets that lead here.

If you have time, don’t miss out the Museum of Évora, the Eugénio de Almeida Foundation, and the old University – founded in the 16th century, it is one of the reasons why you will find such a young and relaxed spirit in Évora.

The Cathedral spire and the Temple are the genuine landmarks of the city. The Cathedral spire is easily recognized by its peculiar form, a combination of conical towers that are rare in Portuguese architecture. Located in the center of the city, it serves as a good guide to see where you are.

Very close by, in the Conde Vila Flor square, stands the large Roman Temple, a symbol of the emperor idolization, which for many centuries was thought to be dedicated to the goddess Diana. 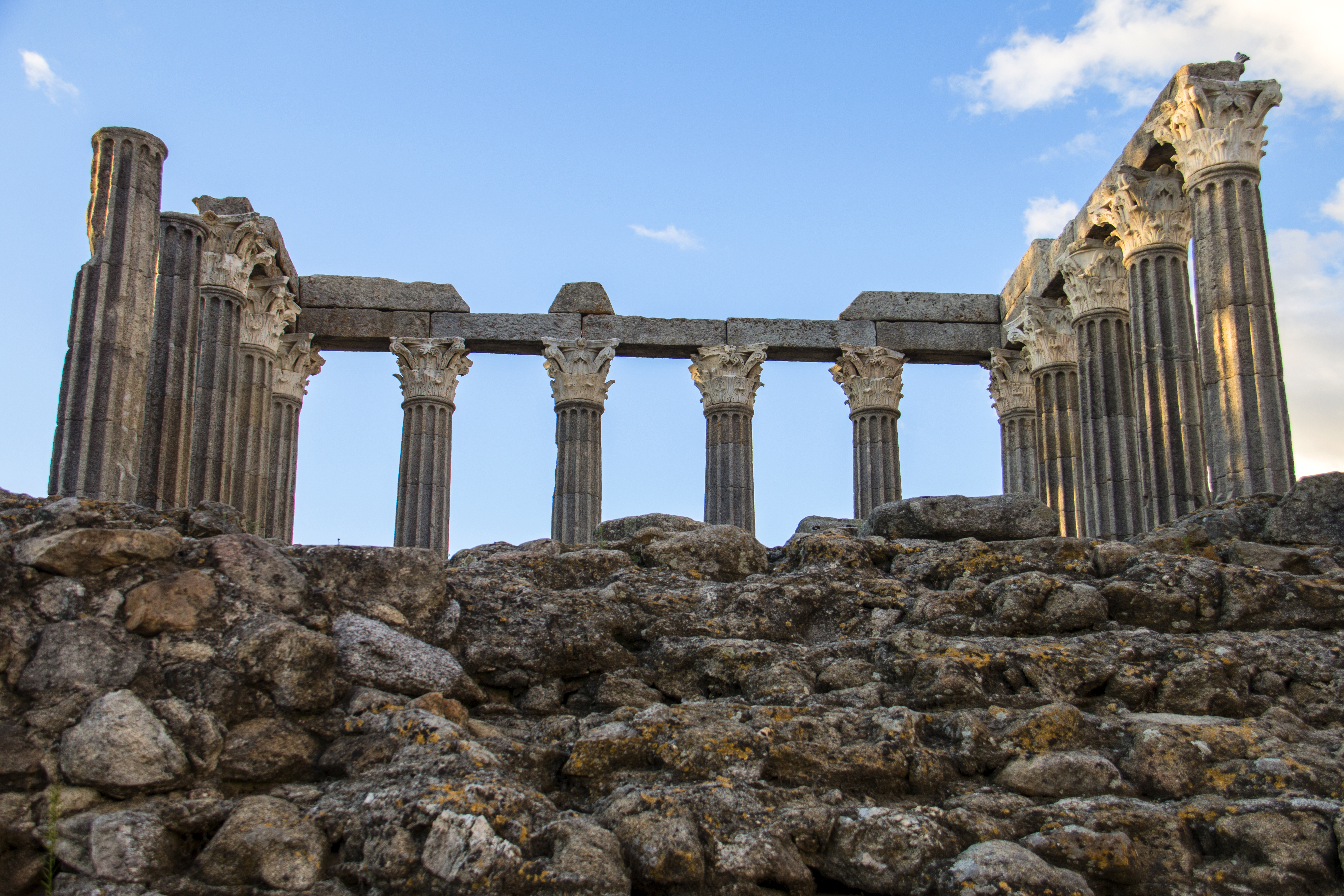